He admitted to camping out on the streets before Lady Diana Spencer and Prince Charles’ wedding back in 1981, which is a fantastic blurb.  And he’ll be best known to Yours Truly as “that Prime Minister who got to go to the royal wedding, the Diamond Jubilee and the 2012 Olympics.”

Today, Cameron confirmed in a press conference outside 10 Downing Street that as of Wednesday evening, he will no longer be Prime Minister.

The best part?  He hummed to himself as he walked back inside, sounding very much like Hugh Grant in Love Actually as he let out an exasperated “Right…” 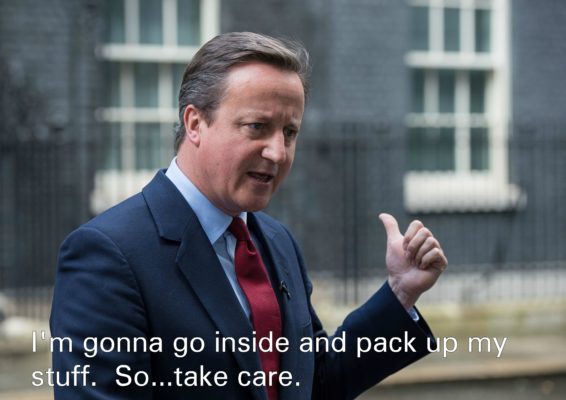 Cameron, who has held the position since 2010, will hand in his official resignation to the Queen at Buckingham Palace (she’s currently at Sandringham, according my Twitter peep, Cepe Smith).

He will then recommend Home Secretary Theresa May as a replacement.  May will be called to the palace, where she will receive her invitation from Her Majesty to form a government.

May will be the second woman to serve as Prime Minister in the UK’s history.  Margaret Thatcher was PM from 1979-1990.

Cameron announced his resignation after Great Britain voted to leave the European Union on June 23rd.

David Cameron appears to hum a song seconds after announcing he will step down as Prime Minister on Wednesday.https://t.co/FhhI1iL3Jx 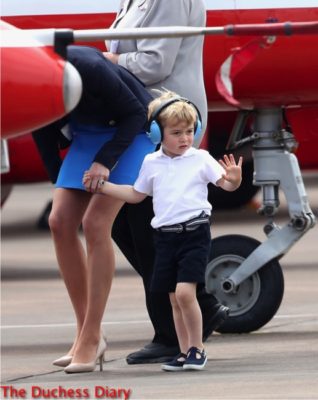