In 2016, Royal watchers knew Princess Charlotte was a big personality wrapped in a tiny little cardigan when the Duchess of Cambridge carried her into a children’s party for military families in Canada. Before waving to all the cameras (a move that comes naturally to fourth-in-line, and one she’d give again and again), Charlotte wasted no time running towards the balloon display, eager to bang her little hands against this fascinating new toy.

Two years later at the 2018 Trooping of the Colour, Charlotte’s palpable boredom on the balcony of Buckingham Palace was a highlight for Yours Truly. She had the look on her face that said, “This meeting could have been an email.” 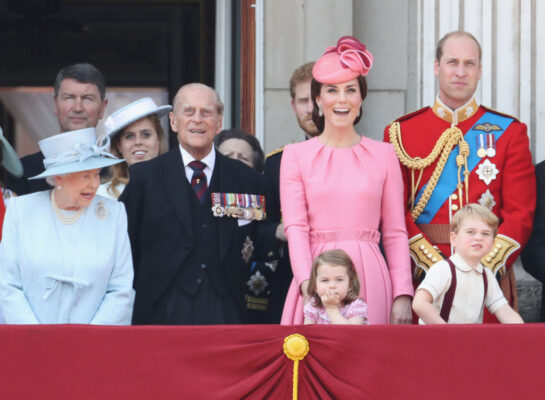 “This is the very definition of ‘Obligatory.'” 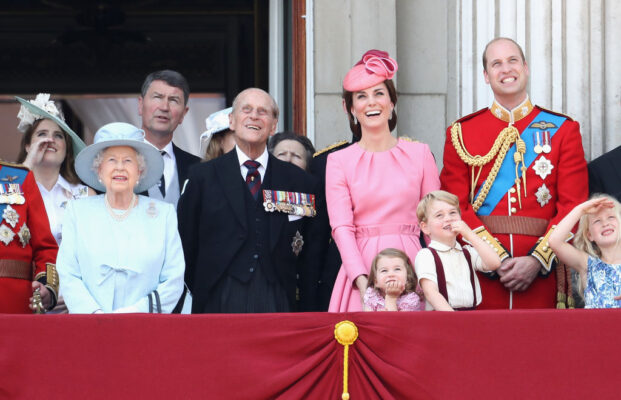 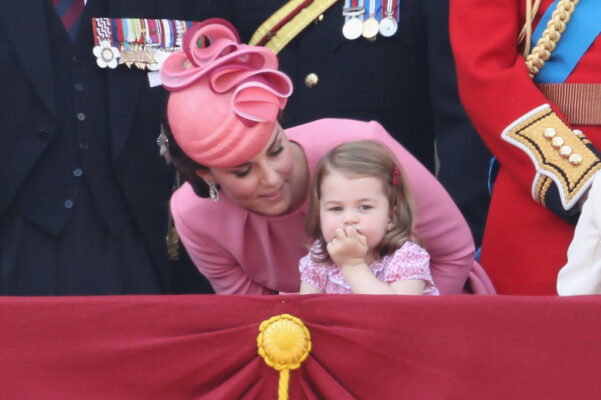 The next year, Charlotte must have fallen off a box that is provided for the children to get a better view on the balcony. Even though her cousin, Savannah Phillips, tried to console her, it was no use. Charlotte was shaken and only wanted Kate, who held her daughter as she cried all over mum’s bespoke Alexander McQueen and nearly knocked her Juliette Botterill hat off her (perfectly coiffed) head.

Another one of my favorite Charlotte moments happened at Prince Louis’ christening. As the Cambridges were walking out of the Chapel Royal at St James’s Palace, Charlotte told the press they “weren’t coming” to the reception afterwards. Well, then!

Like all kids, Charlotte has her moments (sticking out her tongue at someone, meltdowns on the tarmac), she is cute as a button and seems pretty-well adjusted (as much as a five-year-old princess can be). Keep on keepin’ on, Char Char. Happy Birthday to Thee!