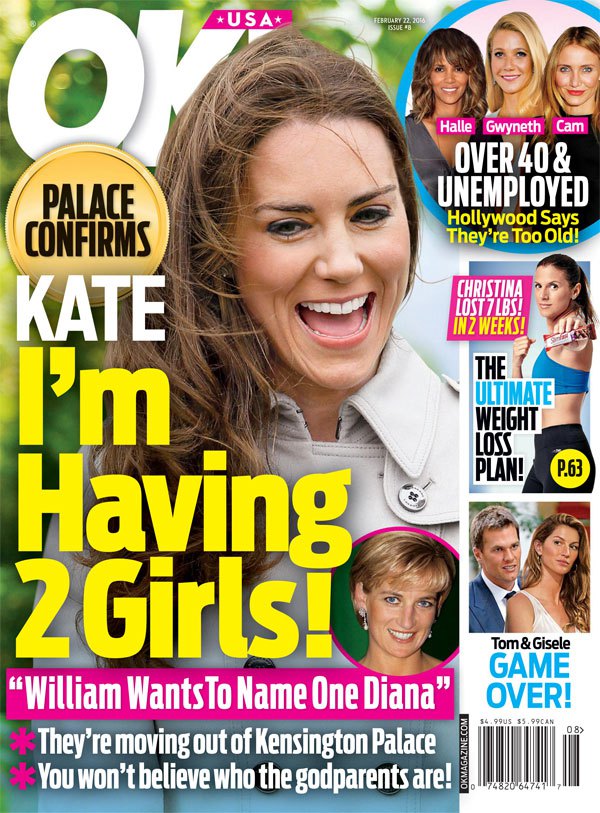 The moment I saw the OK! Magazine cover, I knew it was only a matter of time before my mother asked, “Is Kate pregnant?”

As others in my field know, being asked about Catherine and pregnancy occurs on a weekly basis.

My answer never changes: Unless it’s confirmed by Kensington Palace via social media, the Duchess of Cambridge is not expecting.

The royals are fiercely protective of their privacy, and William especially controls news regarding his family on his terms.

OK! slapping a gold sticker with “Palace Confirms” over the declaration “I’m Having Two Girls” has to be confirmation enough that Catherine is with child(ren), right?

According to the story, Her Royal Highness texted a sonogram to Prince William as a way of breaking the news.  He thought it was a joke, the got excited and decided to name one of the girls “Diana.”

“It’s the early days, but the buzz in the royals’ inner circle is that Kate’s pregnant again,” some gum flapper told OK!. “And this time she’s got not one but two buns in the oven!”

Isn’t it wonderful?  And she’s not even suffering from hyperemesis gravidarum!

“It’s a completely new experience for her,”  the source continue.

“She’s been able to carry on with her royal duties seamlessly, as well as looking after George and Charlotte, something she wouldn’t have been able to do if she was doubled up [with nausea].” 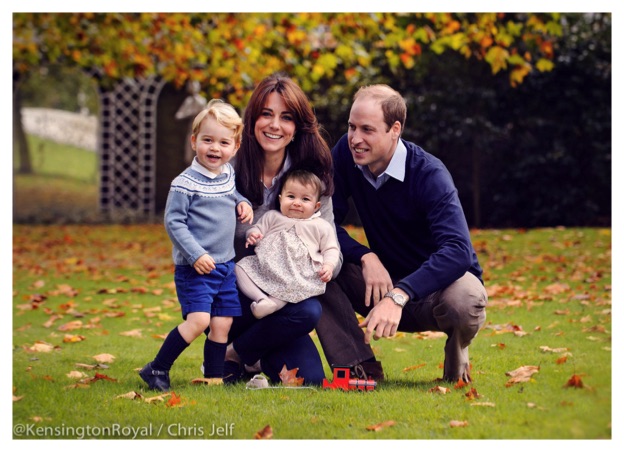 William and Catherine are getting rid of the help, and will attempt to raise their four children on their own.  They’ll move out of the official residence of Kensington Palace so that they can live a life without frills.

“Although they know that having twins will make it harder for them to handle the night feedings and diaper changes, they’ve vowed to do their best,” the source said. 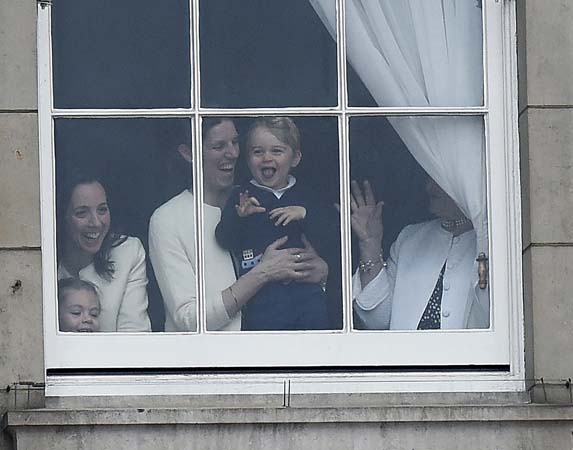 William and Catherine have said in the past that they’d like a big family, and while insiders believe they’ll have at least one more child, forgoing the trappings of royal life isn’t possible, primarily because William is second in line to the throne and the family has round-the-clock protection.

Furthermore, they need assistance from nannies and staff because they have royal obligations to fulfill, especially with Her Majesty turning 90 in April.  So juggling that with raising four children is an impossible feat.

In conclusion, I can say with full confidence that Catherine is not pregnant.  If and when she is, the credible, appropriate parties will confirm the news.