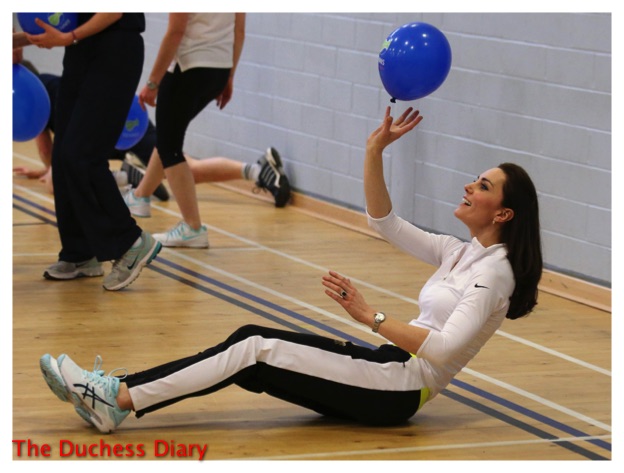 It’s only February and already I regret not getting a Smythson.

Why on earth did I listen to James and get the gauche Hermes?  I should have shopped local.  Kept it British.  Let George do the selecting instead.

What am I writing about?  Right, the trip to Edinburgh for Place2Be and tennis fun with Andy’s mum.

Tash had my Sportmax coat neatly kept since I wore it on Christmas Day, so I paired that with a knit and a lovely skirt by Le Kilt.

Going north of the border is a bit of a buzz kill because of the title downgrade.  No wonder Sophie cozies up to granny so often.  “Countess” gets you nowhere, and it must be a dreadful cross to bear all the time.

Back to the children.  They were a delight, and a few even curtsied and called me “Duchess.”

I didn’t correct them.

As luck would have it, my engagement took place at St. Catherine’s Primary School.  The students got me to take part in a singalong  of “It’s Good to See You Here,” which was a gas, and I was quite proud of the work the charity was doing there.

Paul Hunter, the school’s headmaster, told the reporters that “kids can’t be educationally literate without first being emotionally literate,” a nod to the impact Place2Be has had on the mental wellness of Scotland’s whipper snappers.

The photo below pleased me. Making a note to have William get it framed.  Perhaps the Royal Collection has an 18th century frame not in use.

After that was done, I popped over to Craigmount High School, where Judy Murray was teaching a Tennis on the Road program, aimed at helping coaches grow the game at the grassroots level.

Grassroots level? More like grassHOOTS!    I spun rackets, showed off how great my core is with sit-ups and ran around like a spring chicken.

I may or may not have told this youth that she was terrible at spinning a racket. 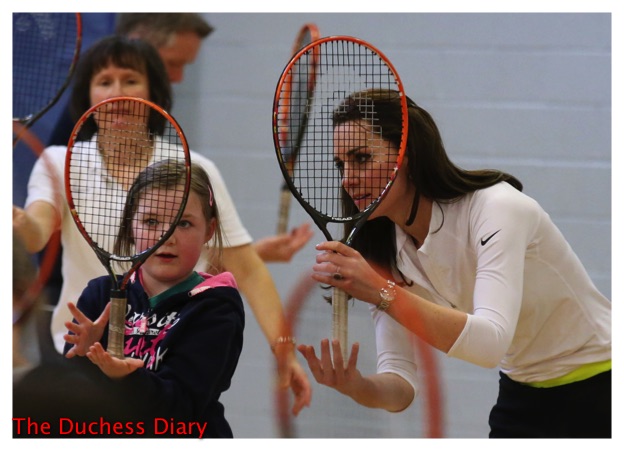 The Nike half zip I wore was quite comfortable, and perfect for a round at the Queen’s Club.  I wasn’t sure about the Monreal pants at first, but I think they sold out after the press photos were released.  So, there you have it.

How about my torso, right?  Not bad after two kids.

Since I’m kinda/sorta/massively great at tennis, I felt as though I was coaching alongside Judy (we’re on a first name basis now).

Simon Perry, that lovely chap who reports for the American Magazine that always selects the most flattering photos me, posted a video that – as luck would have it – my diary is programmed to share (perhaps I will keep the Hermes).

Simon knows this because I’ve had my people rib him, but sadly I am not Princess Kate.

I know this because Bea and Eug cornered me a few years back to explain that I was a blood royal and therefore not allowed to put “Princess” before my name.

Alright.  Time to have someone pick outfits for India and Bhutan while I sit on a divan and give a Yes or No.