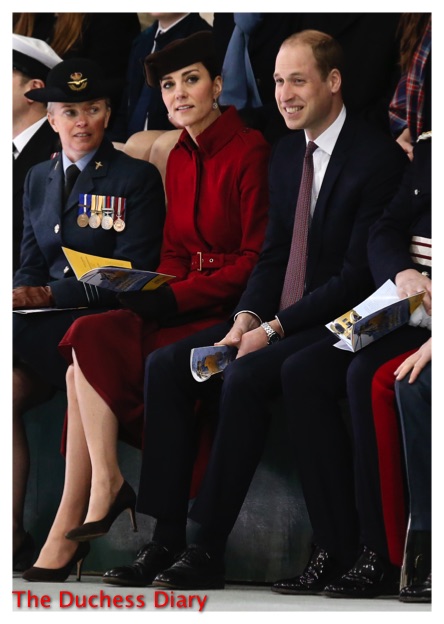 Anglesey, Wales is a special place for the Duke and Duchess of Cambridge.  Even before their wedding, the royal couple moved into a darling farmhouse on the island while Prince William worked as a search-and-rescue pilot  for RAF Valley.

Today, William and Catherine traveled back to the place they once called home to mark end of RAF Search and Rescue Force operations. 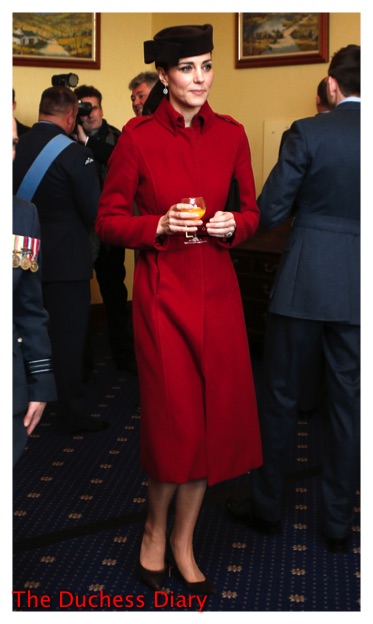 According to the Daily Mail‘s Rebecca English, Catherine decided to go bare-legged for the engagement, which HRH rarely does.

Catherine first wore the coat to a November 2011 UNICEF engagement in Cophengan, Denmark with the country’s crown princely couple, Frederik and Mary. 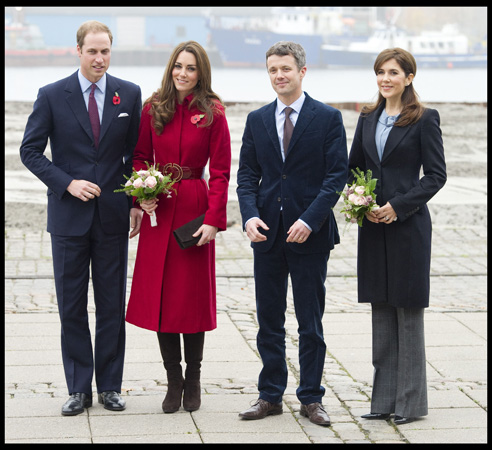 We saw it again in November 2012 at the Millenium Stadium in Cardiff, where William and Catherine watched Wales play New Zealand play the Autumn International rugby game.

Just a few days later, the palace would confirm that William and Catherine were expecting Prince George.

The last time we saw Catherine wear this coat was for a Poppy Day Appeal in November 2013.

The chocolate hat, a person favorite of mine, was last seen on Catherine’s mother, Carole at a January 10th service to mark the 100th anniversary at the Gallipoli Campaign.

Before that, Catherine wore the hat to the 2015 St. Patrick’s Day Parade. 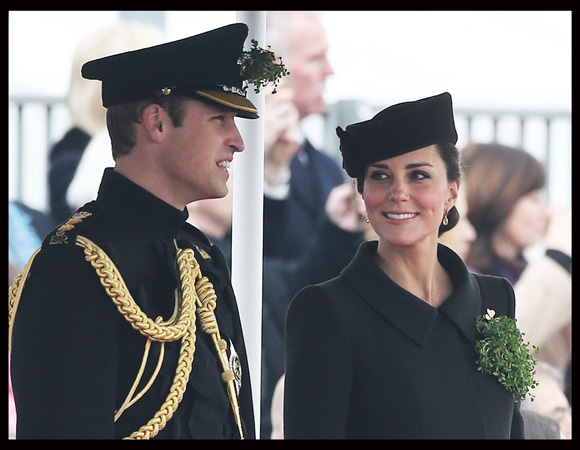 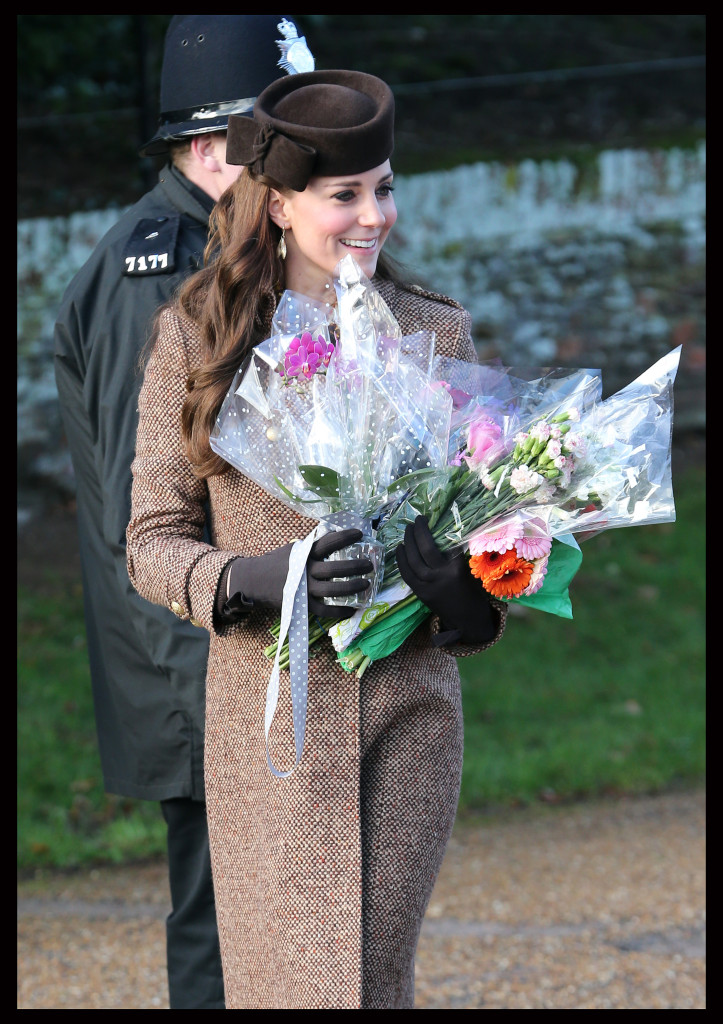 At the Swiss wedding of Mark Tomlinson and Laura Bechtolsheimer, also in March 2013:

And the very first time we saw the hat was Catherine’s first St. Patrick’s Day in 2012, when she inherited the tradition of presenting shamrocks to members of the 1st batillion Irish Guards, which begun in 1901 by Queen Alexandra and more recently carried out for 32 years by the Queen Mother.

At a reception following the ceremony,  Catherine talked about living in Wales with Group Captain Steve Bentley and his wife Fyona.

“It was such a special time for us,” Catherine said.  “It was the start of our life together really.”

“He was not only up to doing it but he did more than that. When he was serving with us he was a very good pilot,” Dunlop told English.

“I did his operational captaincy check, when you jump from co-pilot to captain, and he was given a very tough check and he more than rose to the occasion.

“He would come on shift and do all the duties associated with going on shift. He would live and work with his crew, go on rescues with his crew, eat with his crew. He was just another one of the guys.

In February 2011, William and Catherine made their first public appearance together in Anglesey to officially launch the new RNLI lifeboat ‘Hereford Endeavour’ at Trearddur Bay.