Hurrah for charity and the spirit of giving and betrothals! 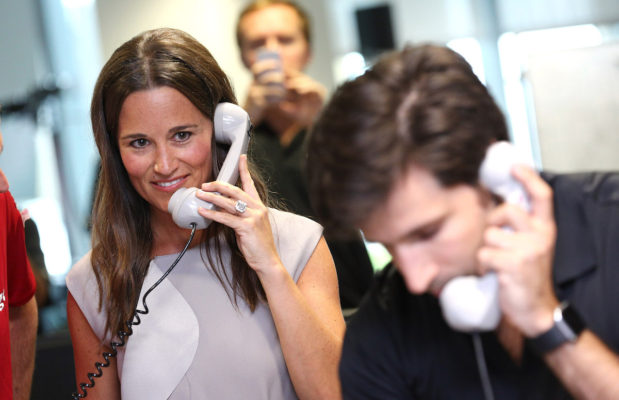 The annual day remembers the 658 Cantor employees and 61 Eurobrokers who perished in the September 11th attacks at the World Trade Center. 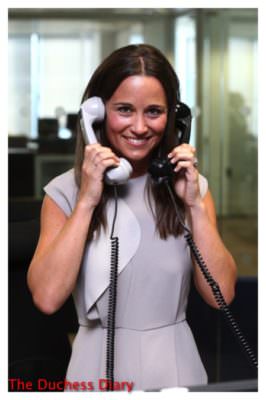 “Charity Day is our way of turning a tragic day into one that is positive and uplifting by helping others,” BGC stated on its site.

“We invite celebrity guests who represent participating charities into our offices to conduct trades with licensed brokers and their clients.

Since its inception Charity Day has raised approximately $113 million globally.” 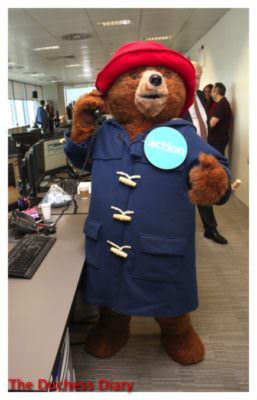 Learn more about the relief fund. 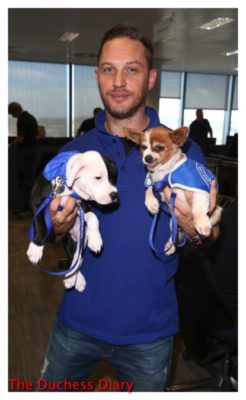 The amateur athlete’s chosen charity was the British Heart Foundation, of which is she is an ambassador. 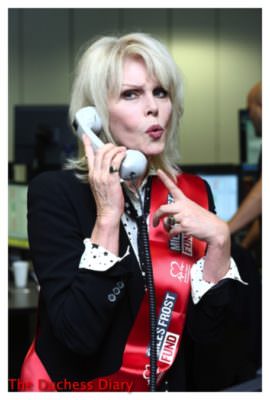 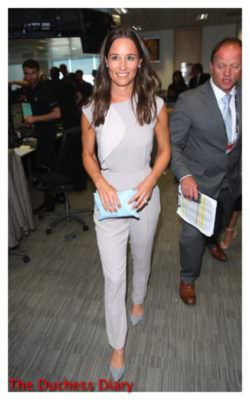 Middleton, who turned 33 on September 6th, wore the “Maje” zip-frint jumpsuit from Reiss ($370) for the occasion, along with her big ole’ art-deco rock.

Middleton got engaged to James Matthews back in July in the Cotswolds, and the couple plan to marry in 2017.