Michelle Obama has become America’s latest national treasure, for she has divulged secrets of the royal family that her predecessors would have shrugged off as non-newsworthy soundbites.

Roberts inquired about the Obamas’ April 22nd dinner with Harry and the Duke and Duchess of Cambridge at Kensington Palace, an evening that saw Prince George stay up past his bedtime in the name of socializing.

So, Roberts asked, does George always look so put-together before retiring for the night? 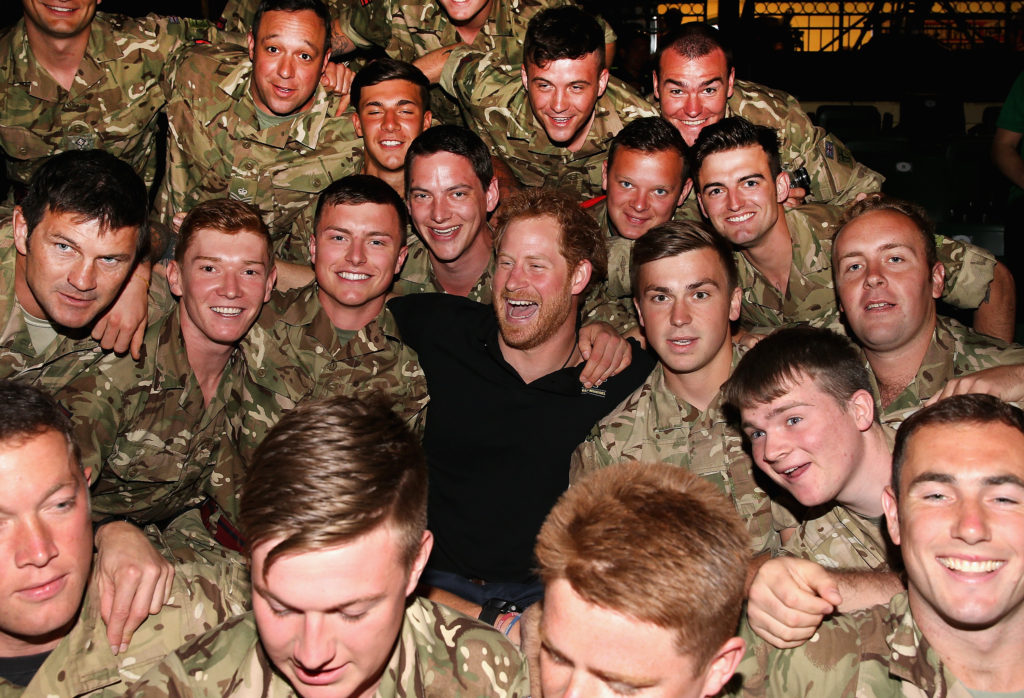 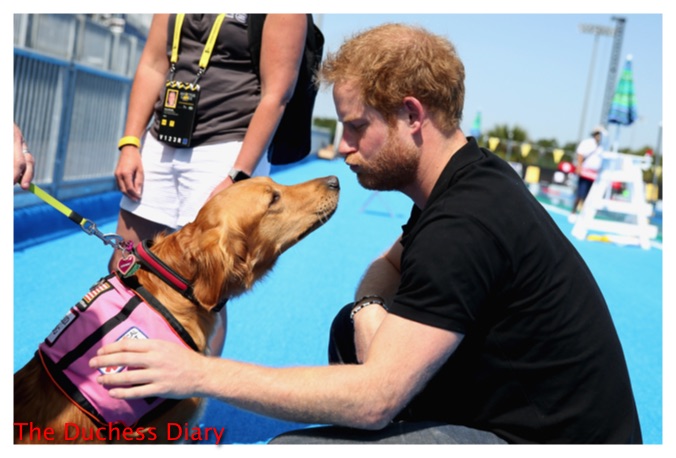 “I have to say that the most precious thing – if you haven’t already fallen in love – is to see him with his nephew,” Obama told Roberts as Harry fidgeted in his seat, clearly uneasy with the attention paid to his personal life (it could be worse; Michelle could have found his little black book). 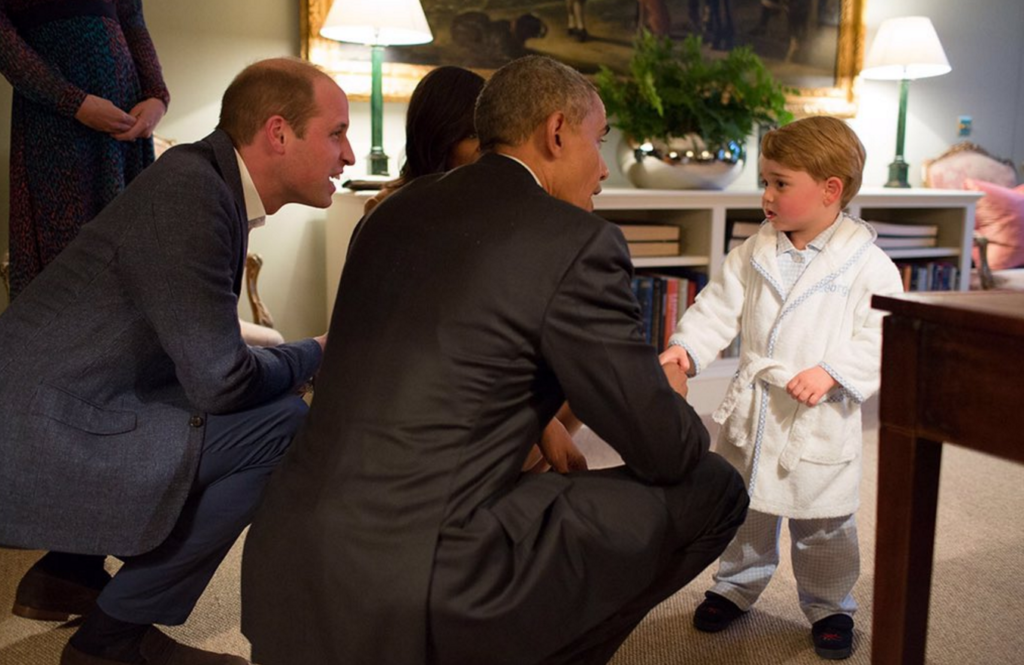 “Throughout he was like, ‘Uncle Harry, Why are you so quiet?’ ” she said of George, going so far as to imitate the toddler’s British accent.

“Usually I’m throwing him around the room and stuff,” Harry said.

The prince also explained how he was able to convince the Queen to join in on some good, old-fashioned trash talking with the US of A.

It was at the request of President Obama that Her Majesty be part of the fun, but Harry was reluctant to ask his grandmother to partake in a video promoting the Invictus Games, seeing as she’s….well, the Queen, but the sovereign was game.

“When I showed her the video and I told her, she said, ‘What do we need to do? Let’s do this,'” Harry recalled.

And the rest, they say, is history. 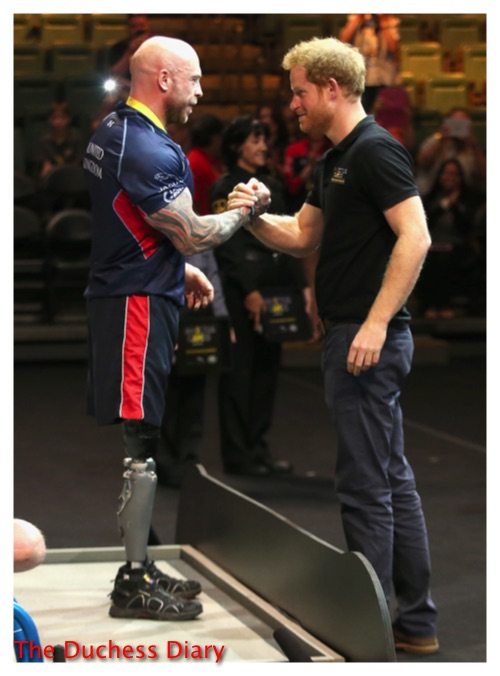 It’s fantastic to see the Invictus Games get so much coverage. 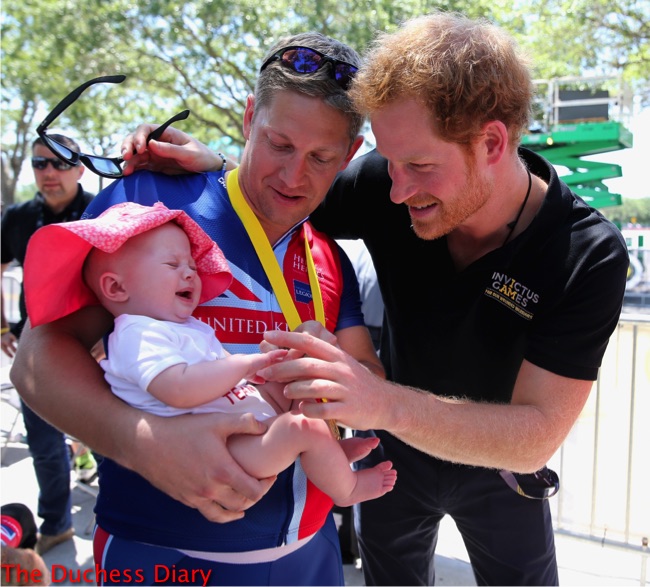 Harry is joined by former George Bush and his wife, Laura, and Morgan Freeman to promote the games, as well as the stigma attached to mental illness, particularly PTSD, as it relates to soldiers who are participating. 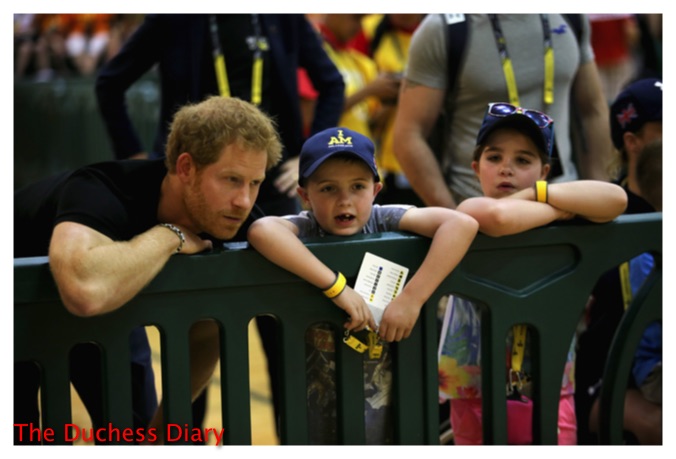 Harry told the audience that it’s “not just physical injuries that our Invictus competitors have overcome.”