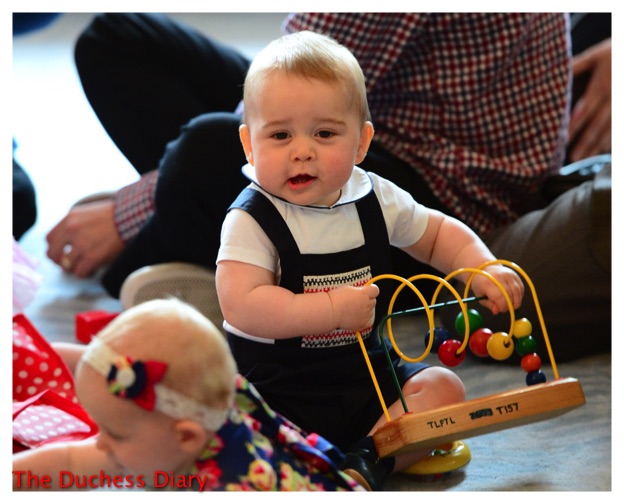 Prince George enjoyed a playdate with relative Maud Windsor, the granddaughter of the Queen’s first cousin, Prince Michael of Kent and his wife, Princess Michael.

Maud and George are about three weeks apart,  and during their hang at Kensington Palace, the Two and a Half Men star noticed that George started speaking “long before other toddlers.”

Since Lord Frederick’s parents live near the Cambridges at Kensington Palace, they invited the Windsors to tea prior to Princess Charlotte’s birth.

PHOTOS: Prince George Mucks About With Family at a Polo Match

“Maud and George got on very well,” Winkleman told the magazine.

“He [George] is a very clever, articulate little boy and was speaking long before other toddlers his age.”

The addition of a new family member prompted the couple to move from Los Angeles back to London.

“We had a fascinating, fun time in LA,” Winkleman said.

“The place is exciting when you don’t have any responsibilities. But when you’re suddenly in charge of a little person’s life, that changes.”