Many of the competitors at the Invictus Games have service dogs, trained to aide emotionally or physically depending on their owners needs. 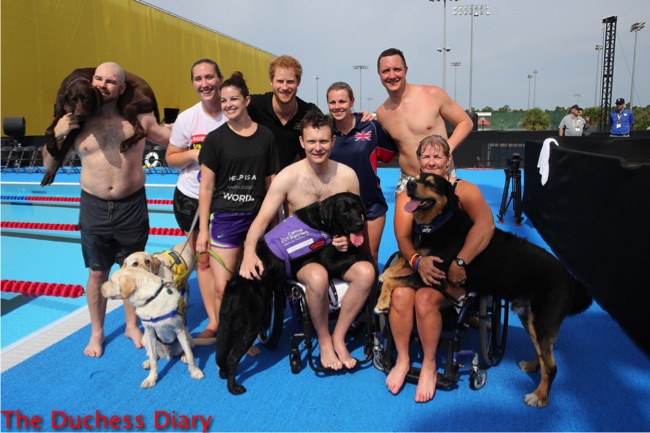 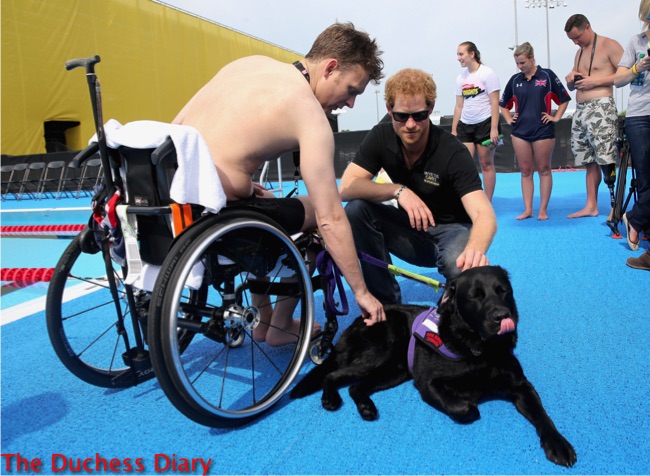 Yesterday, the heat in Central Florida got to be so bad that an unscheduled swimming race had to be put on for the pups.

I rarely meet a canine who doesn’t like the water, so you can imagine what a success the impromptu race was (not to mention being dried off by a prince.  Nice work, if you can find it, amiright?) 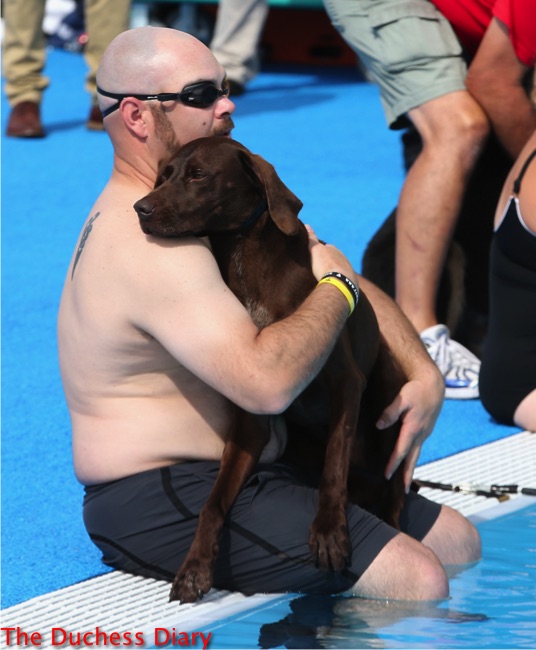 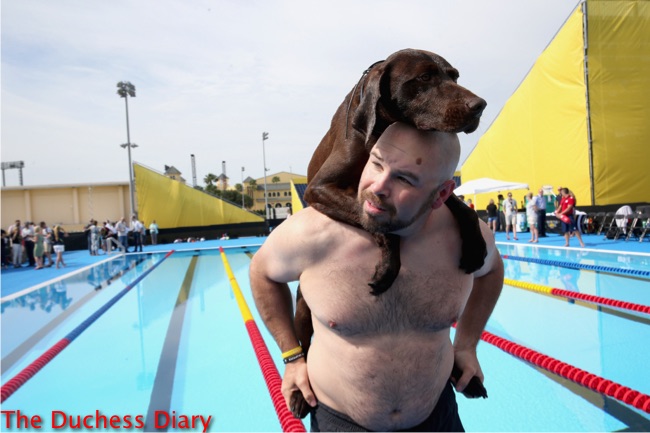 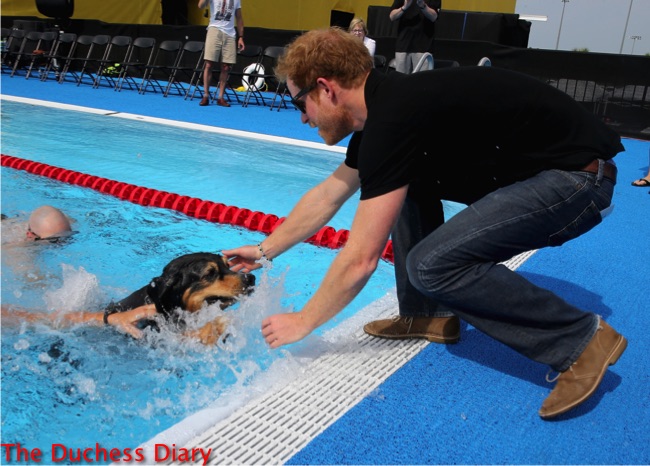 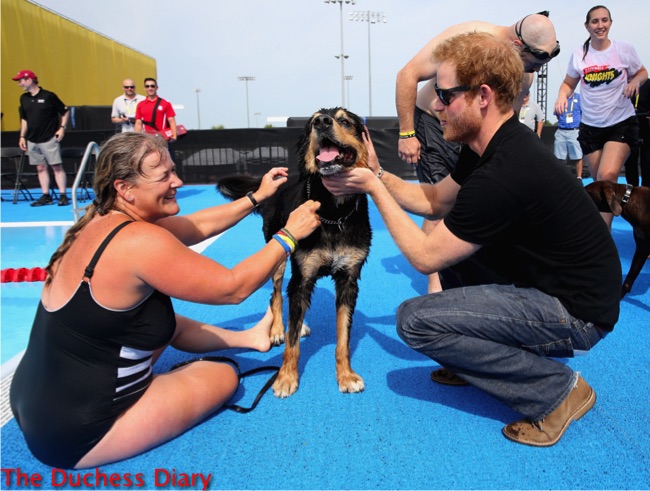 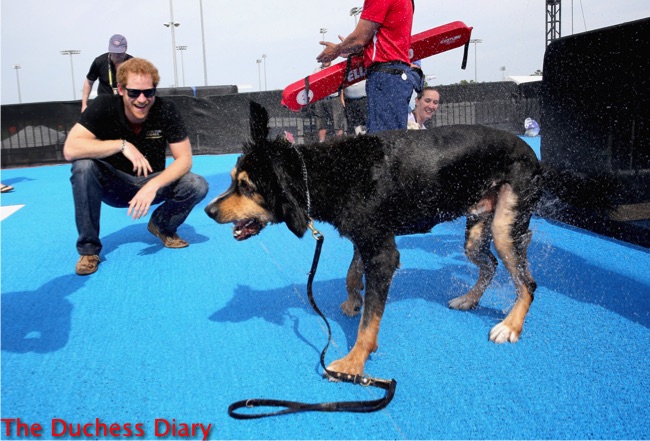 The service dogs have been a constant presence at the four-day event in Orlando, Florida, taking a little time off from the competition meet-and-greet with Mickey Mouse and Pluto. 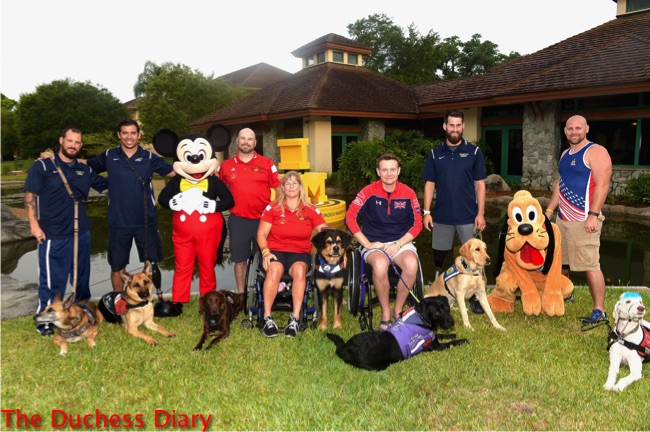 Retired Special Operations Command Sergeant Leonard Anderson told ABC’s Bob Woodruff that he wouldn’t be at the games in Orlando if it weren’t for his service dog, Azza.

“Everything I do, everything I’ve ever competed in, everything ever since the injury has mostly been with her,” Azza told Woodruff.

Retired U.S. Navy air crewman Brett Parks lost his lower right leg after being shot while trying to break up a robbery.

“Day to day, he helps me pick things up if I drop them. If my leg is off and I fall, he actually helps me up. He is also here for a little bit of PTSD so if I’m out of town and all alone he is there with me and makes me feel a little better.”