On Friday, the couple posted an update on their official website letting fans know what their plans are once they officially leave the House of Windsor this spring. After reading it once, I thought to myself, “These bullet points sound a little bitter, but maybe I’m overreacting.” So I read it again. Then I read it to a friend who doesn’t follow royalty but is intrigued by Harry and Meghan’s break-up with the royal family. She, too, found it to be defensive and a little whiny.

I never though it was a good idea for Prince Harry and Meghan Markle to relinquish their roles as working royals. The couple said they made the decision in order to have a more private life and they believed that stepping away from the royal family would afford them that, but in my belief the very opposite is going to happen.

As working royals, Harry and Meghan are entitled to Personal Protection Officers (paid for the British tax payers). Plus, there is a “gentleman’s agreement” between the palace and the majority of the British press in which no photos of the royals off-duty are to be published (meaning in the their private lives — when they’re running errands, taking their kids to school, etc). For Harry and Meghan to leave the royal family means that they give all of this up. 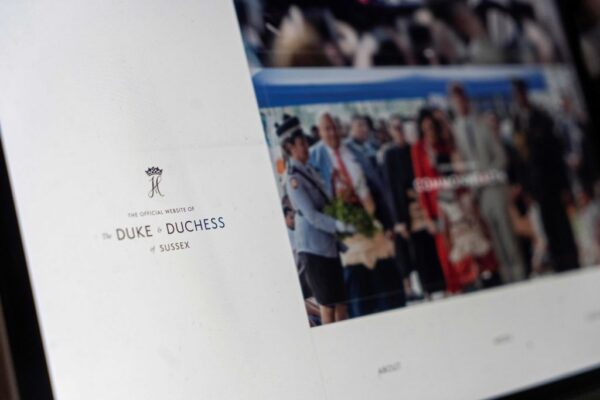 Here’s the conclusion I came to after thinking about the press release all weekend: It might have been a better idea for Meghan and Harry to have issued a brief statement on their plans (or no statement at all). What their fans want to see is the progress they’re making on their foundation — how it will impact others, how it will change the world, etc. The focus needs to be less about the soap opera they’ve created and more about building up the excitement surrounding their yet-to-be announced/planned projects.

I understand that Harry needs to take a breather from public life. While I will miss seeing him at public events (one of his last official engagements with the royal family will be Monday, March 9 to mark Commonwealth Day in London), I hope that this new life he’s embarking on with Meghan and their son is a fulfilling one.

Before I leave you, below are link to a few thought pieces below from a few great writers who  share their opinions on this press release:

A New Business Plan for Harry and Meghan by Micheline Maynard

Sussexes Newest Statement: Dissatisfaction & Focus on Review Period by From Berkshire to Buckingham