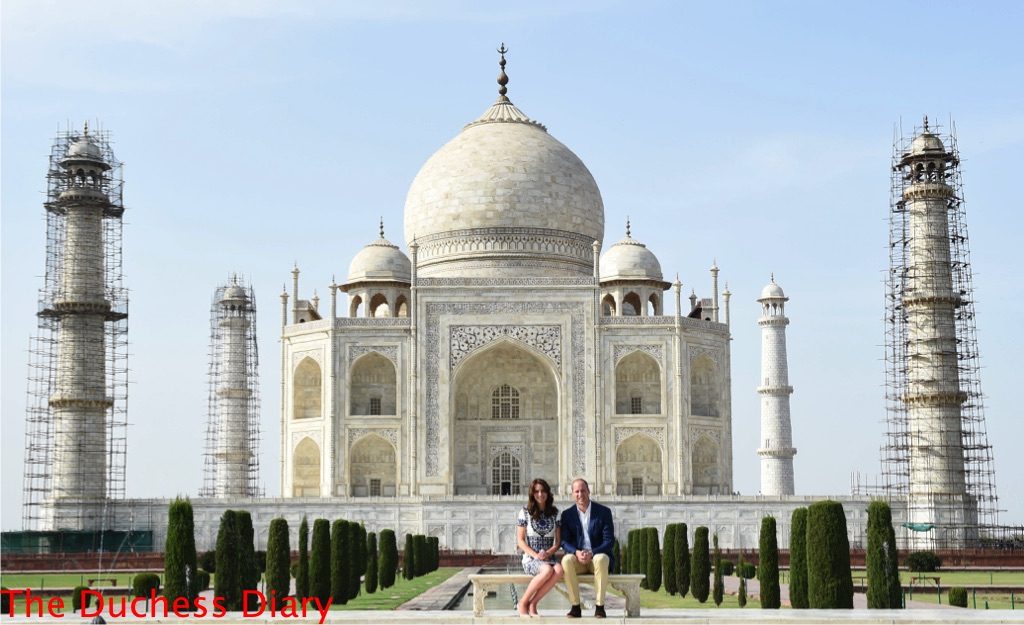 Today, before they returned home to Prince George and Princess Charlotte, the Duke and Duchess of Cambridge payed tribute to the late Princess of Wales in Agra, India.

In February 1992, Diana had taken a solo picture on the same bench William and Catherine sat on today.  Just months later, she and Prince Charles would announce their separation.

Many were saddened by the photo, as the Taj Mahal is a symbol of love and with Diana taking the photo alone (Charles attended a meeting instead), the press was hungry for a soundbite.

When one member of the press asked what Diana thought of her experience, her reply was telling.

“It was a healing experience…very healing,” she answered.

“What do you mean exactly?” the reporter press on.

“Work it out for yourself,” she said.

Today, the experience for her oldest son and his wife was a completely different one.

Catherine took her seat next to  William on the same bench as her mother-in-law did some 24 years ago, and the photo taken evoked a feeling of happiness from royal fans for both William and his mother. 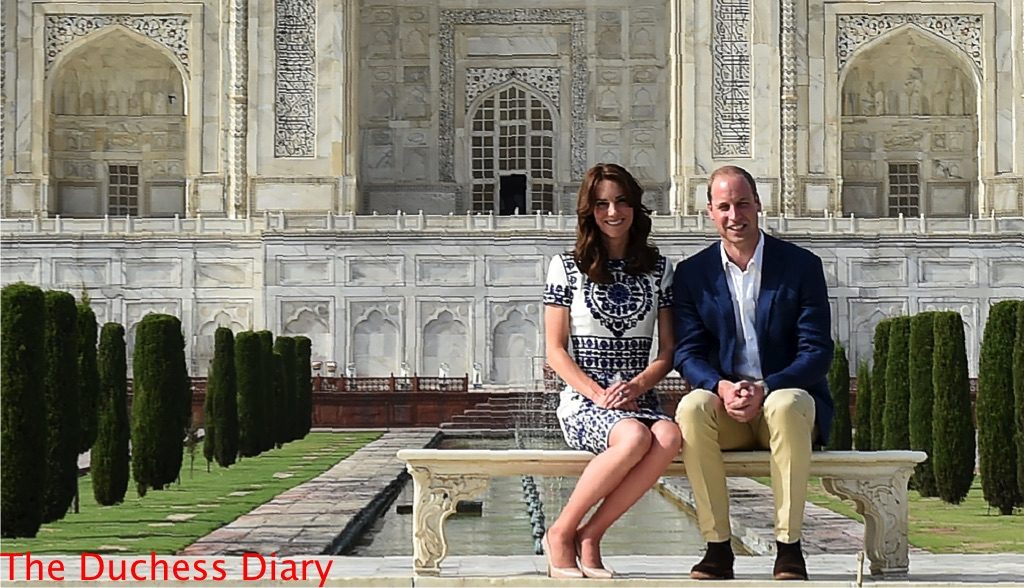 According to People‘s Simon Perry, William joked at veteran royal photographer Arthur Edwards, who was among the pack that capture Diana’s moment.

“I hope you’ve got the symmetry right, Arthur,” William joked as he and Catherine took their seats.

The royals have a good relationship, with Arthur.  In New Zealand last May, Prince Harry stuck his hand in some pant, and instead of placing it on a mural, he went over to Edwards and playfully plunked his purple paint-soaked hand on the photographer’s head.

William and Catherine reportedly went back and forth privately on whether or not they wanted to recreate Diana’s photo, especially in public. 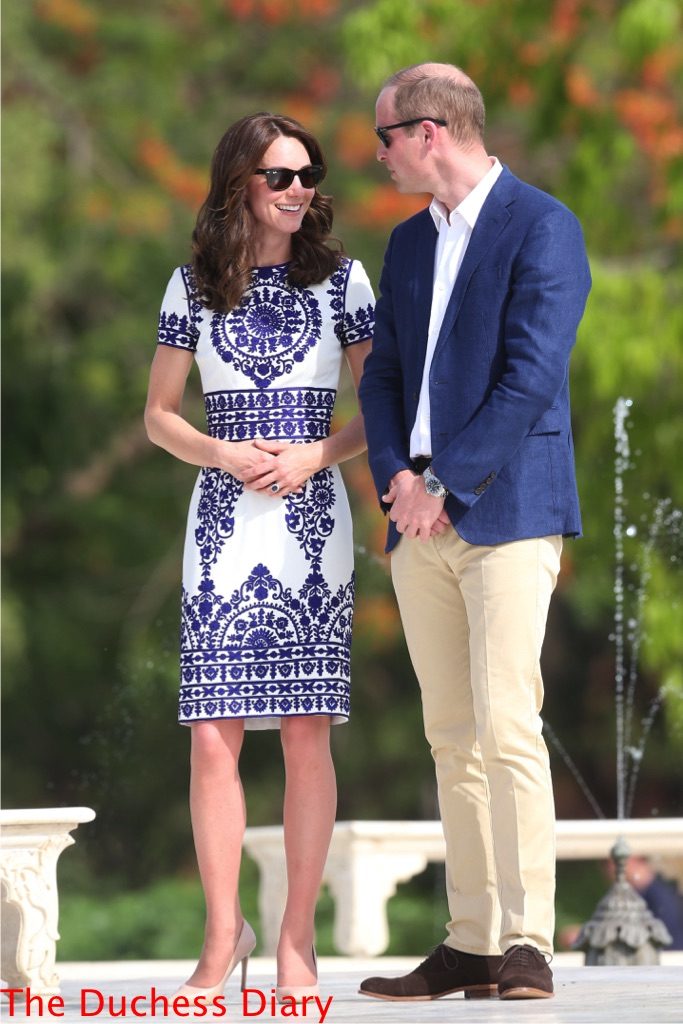 “They decided to sit on the bench this morning. It was not something they had properly considered until this morning,” the couple’s spokesperson said.

“The decision for them was that is the place where people who come here to see this place will sit. It is a totally symmetrical position, right in the center.

“That’s the reason the Princess of Wales sat there when she came. It’s the natural place. They made the decision on that basis.”

Kate described the Taj Mahal as the ‘perfect’ place to come just before her 5th wedding anniversary: ‘this is the perfect thing to do’

‘It’s been really incredible to learn about the romance of the building and really beautiful architecture,” Catherine told reporters of their visit to the world’s most famous mausoleum, built in 1632 by Shah Jahan for his late wife. 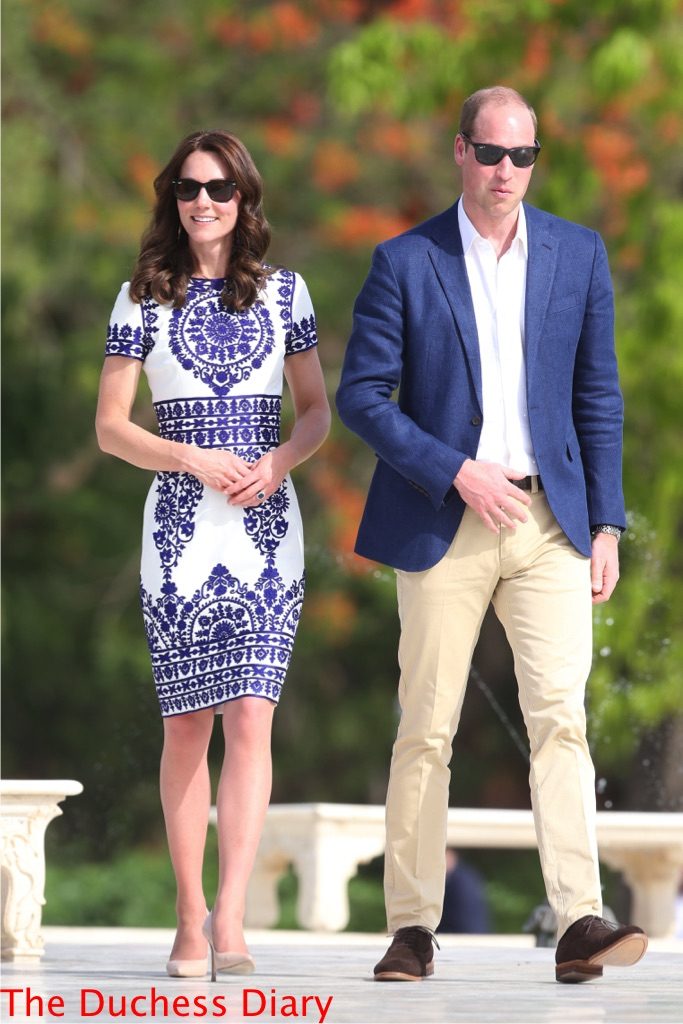 William, for his part, knew that people would want to see this image.

“He completely understands that people come to visit this place with his mother in mind. It’s about new memories for them.”

Video: William and Kate sign the visitor book at the Taj Mahal #RoyalVisitIndiapic.twitter.com/4BFxqN6qpw

Earlier, William and Catherine departed Bhutan in a farewell ceremony.  Catherine wore a white Alexander Mcqueen outfit, first seen in 2012  during a visit to Gardens by The Bay in Singapore. 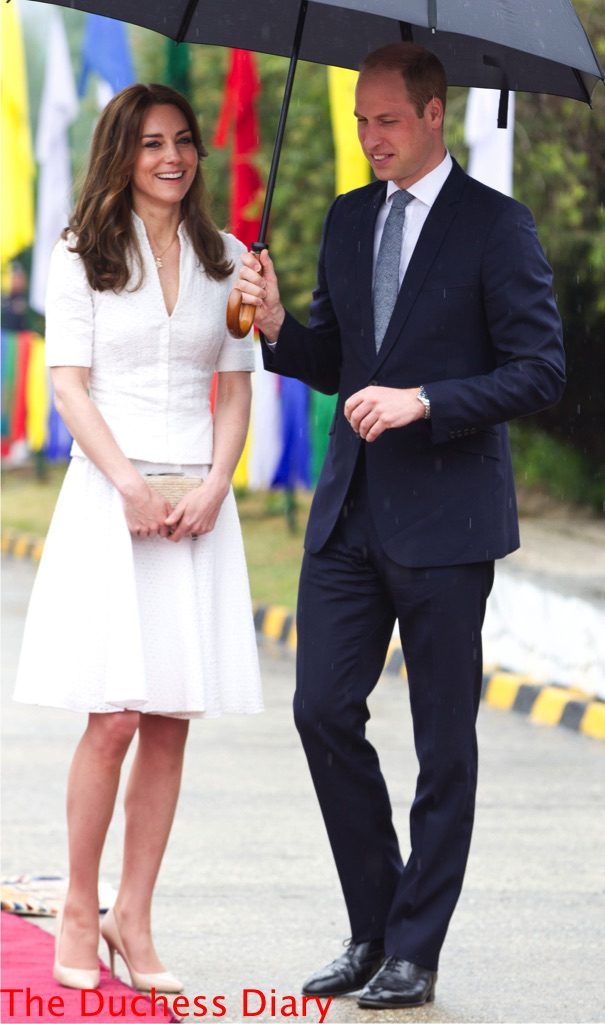 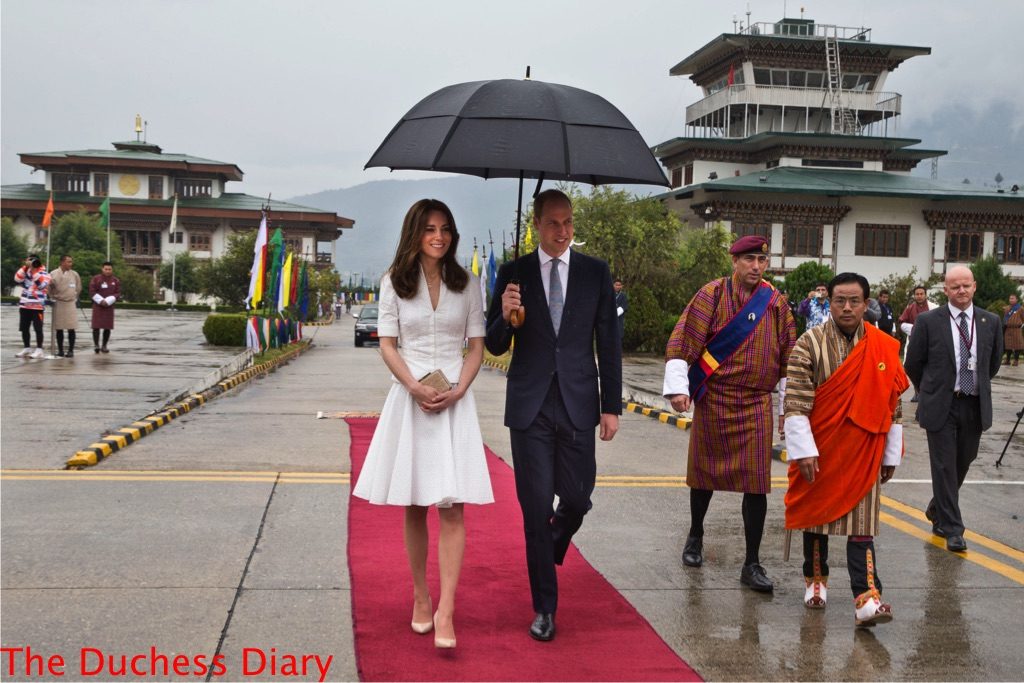 Catherine wore a necklace given to her by the Queen of Bhutan.

Here’s what I was able to find out about The Duchess’ new necklace, she received from Queen of Bhutan pic.twitter.com/9MwBwmaWlc

What were your favorite moments from the tour?