On March 12th, 2015, the Duchess of Cambridge visited Ealing Studios, where the ITV hit, Downton Abbey was filming its sixth and final season.

Everything was going well, Froggatt explained, until she unwittingly made a remark that could have been interpreted as dirty.

“She walked in the room and Michelle and I had to carry on this scene, so before we actually said hello we had to act right in front of her,” Froggatt told O’Brien.

“It was a little bit nerve-racking and I got a bit jittery.  She came over to say ‘hi’ afterwards and I said, ‘Hello, lovely to meet you.'”

Catherine noted that it was “strange” being in Mary’s bedroom.

“I said, ‘Yeah, not many people get to come in Lady Mary’s bedroom,'” Froggatt recalled, at which point O’Brien laughed.

“And then I was like, ‘Oh my god. What have I just said? I’ve just totally said something that could be taken really the wrong way!’ And I thought,’Do I say? Do I draw attention to it?'”

All was forgotten (we think), and the group moved on.  Froggatt called Catherine “very gracious.”

“She’s very beautiful and lovely, and she has this amazing aura when she walks in the room,” Froggatt explained.

While doing press for the US premiere, Dockery told Andy Cohen on Watch What Happens Live that Catherine “smelled like roses.” Dockery also told People that the royal’s visit was “magic.”

“The energy on-set was amazing,” she added.

Catherine’s next engagement is on February 7th.  As Honorary Air Commandant of the RAF Cadets, she will mark the organizations’s 75th anniversary year.

Back in December, Prince Philip passed on his patronage to Her Royal Highness after 63 years as Air Commodore-in-Chief.

On February 25th, Catherine will be guest editor at The Huffington Post for a day to highlight children’s mental wellness.

“The Duchess will be commissioning contributions from a number of leading figures in the mental health sector as well as from young people, parents, and teachers,” Kensington Palace said in a statement. 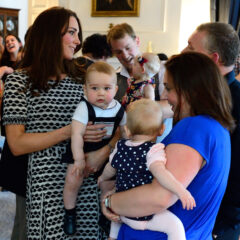 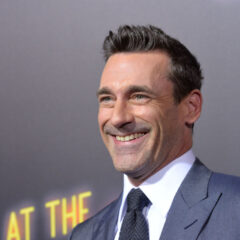