We Americans are missing out on the hat game.  Since she started dating Prince William, the Duchess of Cambridge has done a bang-up job of wearing the most delightful headwear to weddings and daytime engagements (Eug and Bea, take note).

One doubts that the potato chip hat worn to Zara Phillips‘ July 2011 wedding can be beat, but 2014 saw a bunch of new millinery designs that one approves of.

The wedding of Luce Meade and Charlie Budgett, March 29th – Catherine paired her M Missoni coat with Sylvia Fletcher for Lock & Co’s “Fairytale hat,” worn to St. Patrick’s Day 2013, Remembrance Day 2013 and on a 2012 visit to Leicester with the Queen and Prince Philip.

Wellington Airport, New Zealand, April 7th – The Duchess of Cambridge carried Prince George off the plane to kick off their official tour of New Zealand and Australia. Catherine paired her Catherine Walker coat with a red pillbox hat by Gina Foster.

April 13th – The Duchess of Cambridge arrived at Dunedin International Airport in New Zealand wearing an Emilia Wickstead dress (similar to a pink one from 2012) with a custom Jane Taylor hat (complete with a silver fern), according to From Berkshire to Buckingham.

April 25th – Catherine wore a Michael Kors coat and Jonathan Howard hat (h/t to What Kate Wore for the ID) to ANZAC Day commemorative service at the Australian War Memorial in Canberra, Australia.

June 6th – Catherine repeated her blue Alexander McQueen coat with a Sylvia Fletcher for Lock & Co hat for at a commemoration of the Normandy Landings at Gold Beach, during the D Day 70 commemorations in Arromanches, France

June 16th – Catherine wore a Christopher Kane coat (first seen at the 2012 Summer Olympics Opening Ceremony) and Lock & Co hat to the Most Noble Order of the Garter Ceremony at Windsor Castle.

August 4th – William and Catherine (in Alexander McQueen with a Jane Taylor hat) marked 100th anniversary of World War I in Liege, Belgium.

October 21st – On the first engagement since announcing her pregnancy, Catherine joined William, the Queen and Prince Philip to welcome Singapore president Tony Tang and his wife. Catherine wore an Alexander McQueen coat with the same Jane Taylor hat she wore to April 25th’s Easter service in Australia.

December 25th – Catherine recycled her Sylvia Fletcher for Lock & Co “Betty Boop” hat (worn several times in the past, including St. Patrick’s Day 2012, a 2013 visit to the Cheltenham races and at Mark Tomlinson’s 2013 wedding in Arosa, Switzerland) with a Moloh coat, according to What Kate Wore and HRH Catherine Duchess of Catherine blog, to Christmas service at St. Mary Magdalene church.

Which of these hats is your favorites? 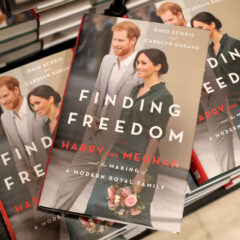 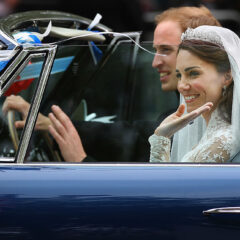 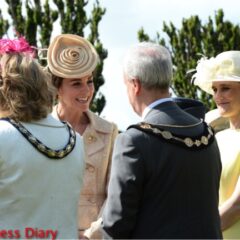