It’s the struggle each woman faces. And while she might yet not have her own account on Net-a-Porter, Princess Charlotte endured this struggle today at a children’s party for military families in Victoria, Canada.

What should I do with my cardigan/blazer/jacket?

I was too warm while wearing it, but now I’ve taken it off and I’m cold.  But I know in a few minutes I’ll be too warm again. 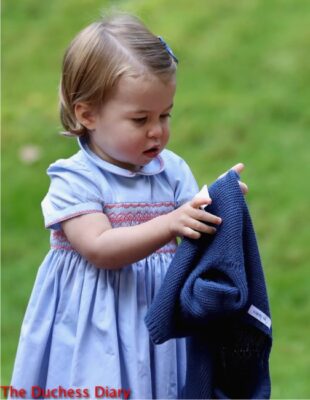 While the Duke of Cambridge tried (and failed) to fashion a balloon animal, Charlotte was seen debating with herself whether put the cardigan on, or hold it. 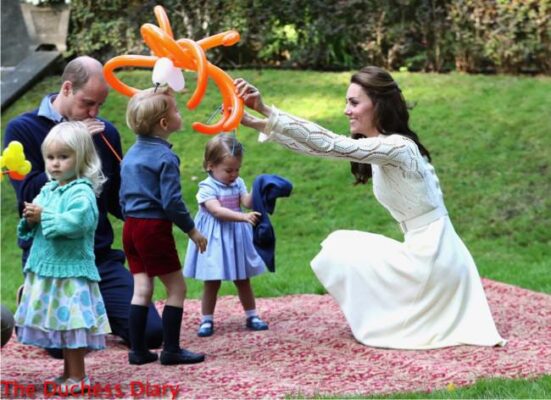 “Where are the arms on this thing?”

“Yeah, I can’t figure this out on my own.  Can someone help?” 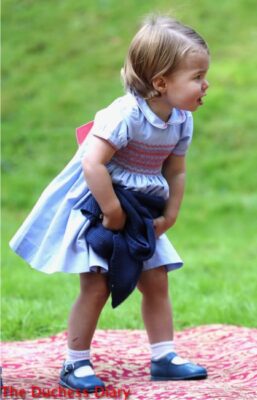 “No games, Catherine. I’m quite cold at the moment.” 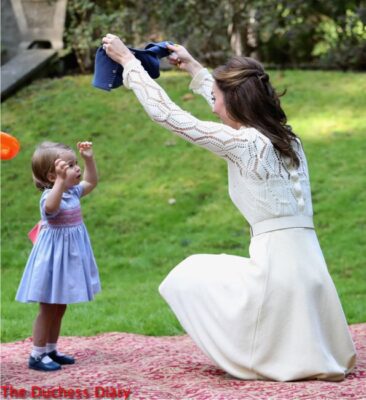 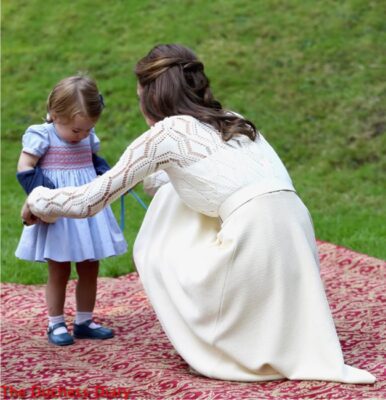 “Very kind of you to help with the buttons.” 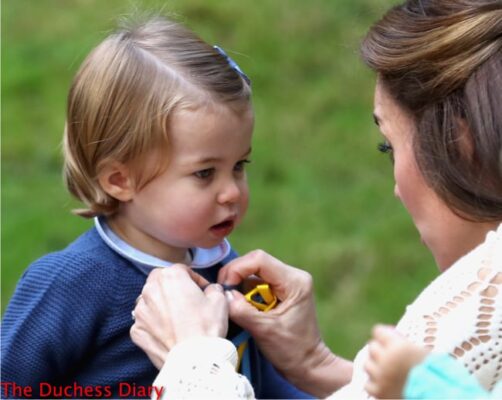 “Splendid.  All fitted and kitted.”

Charlotte far more into the balloons than anything else #RoyalVisitCanada pic.twitter.com/78xhGKRSjq

May you be as happy one day as this little girl is sitting on a dog.