Good heavens, ma’am!  You’re naked as a jaybird and there’s a crown atop your baby bump.

American street artist Pegasus (think Banksy…but not) is responsible for this depiction of the Duchess of Cambridge a la Demi Moore-covers-Vanity-Fair-circa-1991, graffiti’d on the wall of Faith Inc Gallery in North London.  According to the Daily Mail‘s Sebastian Shakespeare, this cheeky image celebrates the support Catherine has given to that part of the city.

“He spent all night doing this image of Kate because she seems to be really supportive of this borough and people here love her for it,” a spokesperson for the gallery told Shakespeare. “It’s only been up since last night and I’ve already had two offers to buy it prised off the wall, which isn’t possible anyway.”

If I may be so bold as to point out one tiny thing: Putting the imperial crown atop the “spare bump” is inaccurate, unless you’re implying that the spare intends to overthrow his or her older brother…

I’m just going to assume it’s an error and not a Game of Thrones reference. 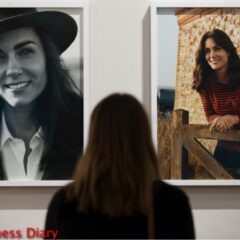 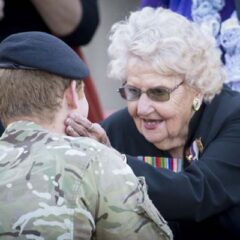